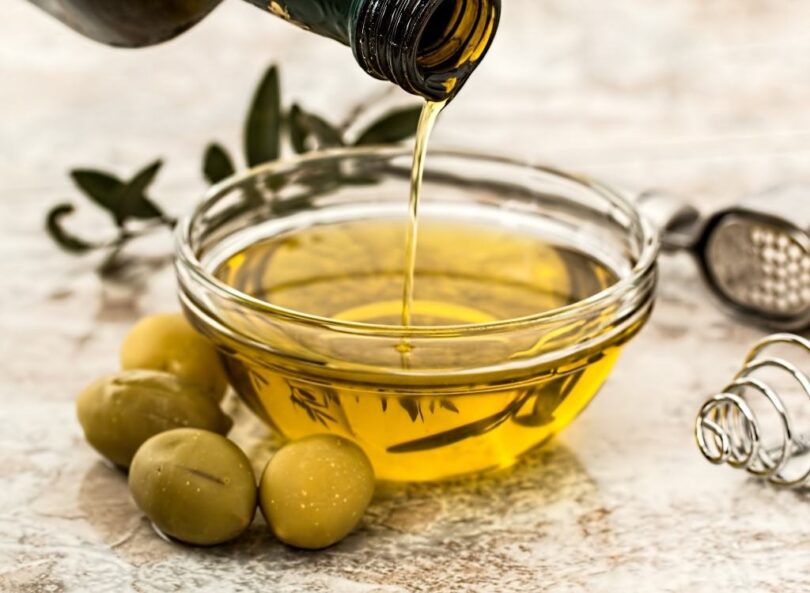 It’s always a great surprise when something so delicious turns out to be so healthy—and if you haven’t learned that about olive oil yet, you will soon!

Olive oil has been a staple of Mediterranean cultures for thousands of years, dating back to the Greeks and Romans, and it is still the most preferred cooking oil in the region.

Indeed, experts believe that the Mediterranean basin contains some of the world’s longest-living people because their daily diet is rich in healthy fats like olive oil, almonds, and fatty fish.

Because of the strong polyphenol compounds contained in extra virgin olive oil and the high percentage of monounsaturated fatty acids (MUFAs) found in all grades, olive oil, unlike other cooking oils, has the unique ability to deliver a one-two punch to chronic and degenerative disorders.

Olive oil use has thus been connected to a number of health benefits, including lower cholesterol, a better mood, and stronger bones.

Here are a handful of the most intriguing health benefits that have been scientifically proven.

It contains a lot of polyphenols

Polyphenols are good for your health because they battle oxidative stress, which degrades lipids, proteins, and DNA and contributes to heart disease, cancer, diabetes, and dementia.

It is extremely beneficial to one’s cardiovascular health.

Olive oil is considered heart-healthy for a variety of reasons. According to the widely cited PREDIMED study, people who ate a Mediterranean-style diet with 4+ tablespoons of extra virgin olive oil per day had a lower risk of developing cardiovascular disease, and their combined risk of heart attack, stroke, and death from heart disease was around 30% lower than people who ate a low-fat diet.

Lower blood pressure and cholesterol levels have also been linked to EVOO. Oleic acid (the most frequent MUFA in all olive oil grades) and other polyphenols are thought to be to blame because of their ability to reduce inflammation and oxidative stress, as well as impact cholesterol levels in the bloodstream.

However, you do not need to consume 4+ tablespoons of olive oil every day to reap the benefits.

In fact, the US Food and Drug Administration (FDA) claims that eating 12 tablespoons of oleic acid-rich oils, such as olive oil, will reduce your risk of coronary heart disease if you substitute saturated-fat-rich fats with oleic acid-rich oils and don’t increase your daily calorie consumption.

It has the potential to reduce the risk of some types of cancer.

While no cuisine can guarantee cancer prevention, olive oil consumption could be one factor for the lower cancer incidence in Mediterranean countries.

Extra virgin olive oil produces changes in gut flora that are connected to colorectal cancer prevention, according to data from a 2020 study, and previous research has shown that women who eat the most olive oil had a lower risk of colon cancer and breast cancer.

Several components of olive oil have been proven to have anti-cancer properties, including oleic acid, hydroxytyrosol, oleocanthal, phytosterols, and squalene.

It helps to maintain a healthy memory and cognitive function.

Oxidative stress is associated with the progression of neurological diseases like Alzheimer’s disease.

The polyphenols in extra virgin olive oil, especially oleocanthal, operate as potent antioxidants that may help mitigate this effect.

It encourages a healthy mental attitude and mood.

The brain-nourishing qualities of olive oil can also help you feel better.

In reality, studies from 2010, 2017, and 2019 all support a growing body of evidence suggesting that Mediterranean-style diets can aid with depression relief!

In one of the studies, 30 percent of patients showed remission from moderate to severe depression after a 12-week Mediterranean diet intervention that included olive oil.

According to additional research, the good fats in olive oil aid nerve activity and increase levels of the mood-enhancing neurotransmitter serotonin, which benefits the central nervous system.

It aids in the reduction of pain and inflammation.

Olive oil may be especially beneficial to your diet if you have arthritis or any other chronic inflammatory ailment.

C-reactive protein, an inflammatory marker that is elevated in conditions like rheumatoid arthritis, has been shown to be reduced by monounsaturated fats.

Some scientists believe that eating foods high in oleocanthal can reduce the risk of inflammatory diseases.

It has the ability to strengthen and promote bone health.

In the strange-but-true category, a 2018 study discovered that women who consumed the most olive oil had increased bone density, even after controlling for calcium and vitamin D intake.

Despite the fact that inflammation in the body can stimulate osteoclast cells, which break down bone, researchers believe that the anti-inflammatory polyphenols in olive oil may activate mechanisms that aid to limit bone breakdown and drive bone creation.

It helps to maintain a healthy gut microbiome.

Your gut microbiome affects everything from digestion to mood to skin appearance, so it’s in your best interest to maintain it healthy!

Olive oil polyphenols, according to a 2019 analysis, may lower GI tract inflammation and encourage the growth of beneficial bacteria.

The quantity of healthy bifidobacteria in the stomach was shown to be raised by eating about 1.5 tablespoons of extra virgin olive oil each day, according to researchers.

It helps to keep your immune system in healthy shape.

If you want to avoid acquiring a cold, lower your cancer risk, or manage an autoimmune disorder, you need a healthy immune system.

Healthy fats, it turns out, are really beneficial to your immune system!

T-cell multiplication and activity, which are immune cells that target foreign invaders, have been linked to eating 3 tablespoons of extra virgin olive oil per day, according to a 2015 study.

On the other hand, eating an equal amount of corn oil, butter, or soybean oil did not provide these benefits. It’s probable that the greater polyphenol and MUFA levels in EVOO are to blame. It may also help in the fight against COVID-19 infection, according to certain researchers.

It helps to control blood sugar levels and may help to avoid diabetes.

If you want to avoid or control type 2 diabetes, you should include healthy fats in your diet.

According to a 2017 study, people who consumed the most olive oil had lower fasting blood sugar and a 16 percent lower risk of developing diabetes.

Saturated fats, on the other hand, can induce inflammation and kill the beta cells of the pancreas, which produce insulin.

Another reason to replace your fat-free salad dressing with EVOO and vinegar is that olive oil helps to manage blood sugar levels, which can assist to suppress cravings that could otherwise contribute to overeating and weight gain.

Overweight women who ingested 1+ tablespoons of extra virgin olive oil with their morning meal lost more body fat and had lower blood pressure than those who consumed soybean oil, according to a 2018 study.

Previous research has shown that consuming a Mediterranean diet rich in olive oil does not cause weight gain. Because olive oil is still a high-calorie meal, it’s best to substitute healthy fats in your diet with it.

Advertisement Jump to Recipe Print Recipe Whenever you pronounce the word Mexico, a lot of amazing...

Advertisement Jump to Recipe Print RecipeAre you someone who loves a meal that is full of spices...