How to spatchcock a chicken, this is our favourite way to roast a whole chicken.

Every part is so juicy and flavorful, it’s an easy dinner that comes together in one pan. 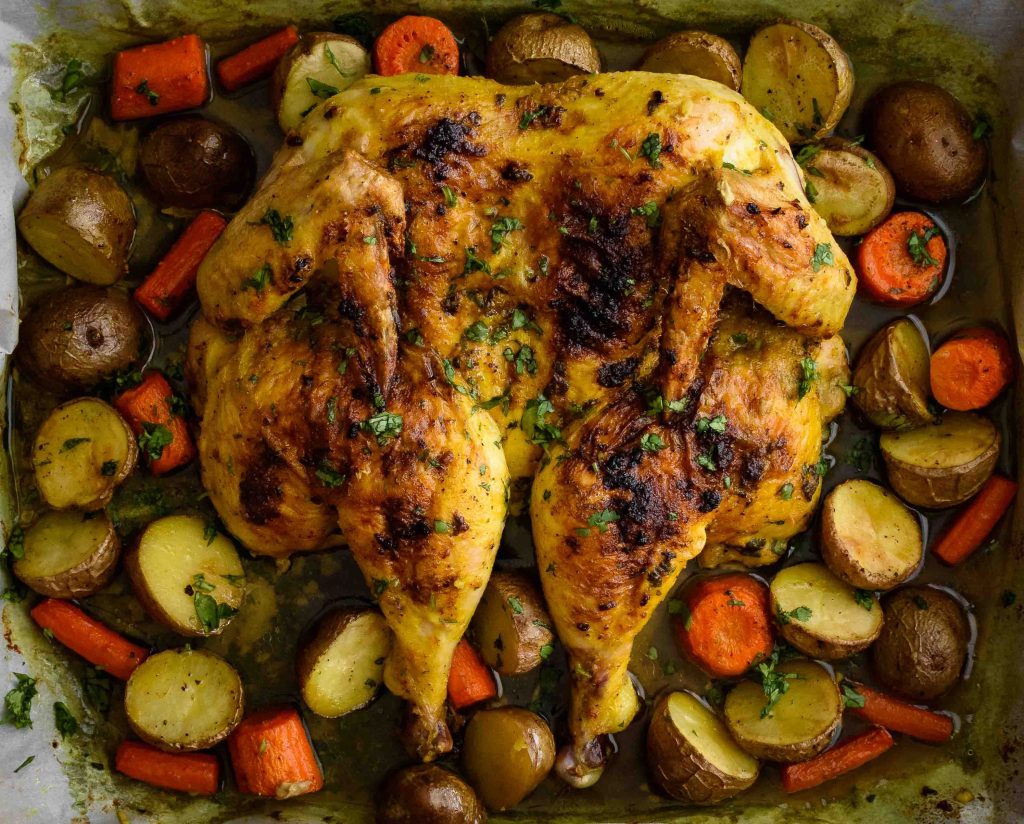 Image by Akhila via Pepperdelight.com

How to Spatchcock Chicken:

You’ll need a whole chicken and a pair of good kitchen shears.

Place the chicken breast-side down with the wings and neck facing towards you, identify the spine and use the kitchen shears to cut through the ribs right next to the spine on both sides.

Keep that piece for later to make chicken stock.

Now open up the rib cage and use a heavy knife to score down the sternum, This will help to pop out that breastbone and flatten the chicken.

Season the inside with about half a tsp of salt and a pinch of black pepper.

Now flip the chicken over and place it on a rimmed lined baking sheet. Using the palm of your hand push firmly over the breastbone so the chicken lays completely flat.

Use your hands to carefully separate the skin from the meat over the breast thigh and drumstick areas, you’re going to fill those spaces with amazing flavoured butter.

In a small mixing bowl combine four Tbsp of softened unsalted butter and one Tbsp of olive oil add one Tbsp of finely chopped fresh parsley, then mince in two garlic cloves.

Now add half a tsp of fresh lemon zest then squeeze in one Tbsp of lemon juice and don’t add more than that or it’ll be hard to combine the butter.

Finally season with a tsp of salt and a generous pinch of black pepper.

Mash that together with a fork for a couple of minutes until nearly all of the lemon juice is incorporated.

Pat the chicken dry with a paper towel so it’s easier to work with then stuff two-thirds of your flavoured butter mix under the chicken skin, make sure to get it in the breast, thigh and drumstick areas, then spread the butter around by massaging over the top of the skin.

Roughly spread the remaining butter over the top of the chicken. The butter melts over the chicken so there’s no need for perfection here.

Set the chicken aside and this is a great time to pre-heat your oven to 425˚F. Rinse and scrub two pounds of medium red potatoes and cut them into quarters.

Next prepare your 8 ounces of Brussels sprouts. Trim off the dry base and remove any tough outer leaves.

Cut the larger sprouts in half and if they’re tiny leave them whole. Peel three medium carrots and cut them into 1-inch pieces.

Arrange all of your vegetables in a single layer around your prepared chicken, drizzle everything with olive oil and season generously with salt and black pepper.

Bake in the centre of a preheated oven for 45 minutes or until an instant-read thermometer registers 160˚F. When inserted into the thickest part of the chicken breast.

Then, if you have any lemon left, I love to serve it with some fresh slices of lemon, it just looks so beautiful, gives it a little pop of freshness and colour.

There’s so much flavour there. Perfectly cooked and especially the Brussels sprouts – my favourite.

Ok, lets slice right into it and because it lays flat, the chicken breast turns out juicy and flavorful.

It’s not the prettiest slice but that’s what happens when you’re desperate.

I can tell you that brown meat or the dark meat of the chicken even better. If you like dark meat and that lemon butter under the skin and over the skin gives the chicken so much incredible flavour, you can taste the lemon, the parsley and the garlic.

The vegetables are infused with that same flavoured butter.

The potatoes have a crisp, salty skin and they’re just creamy on the inside. Delicious! 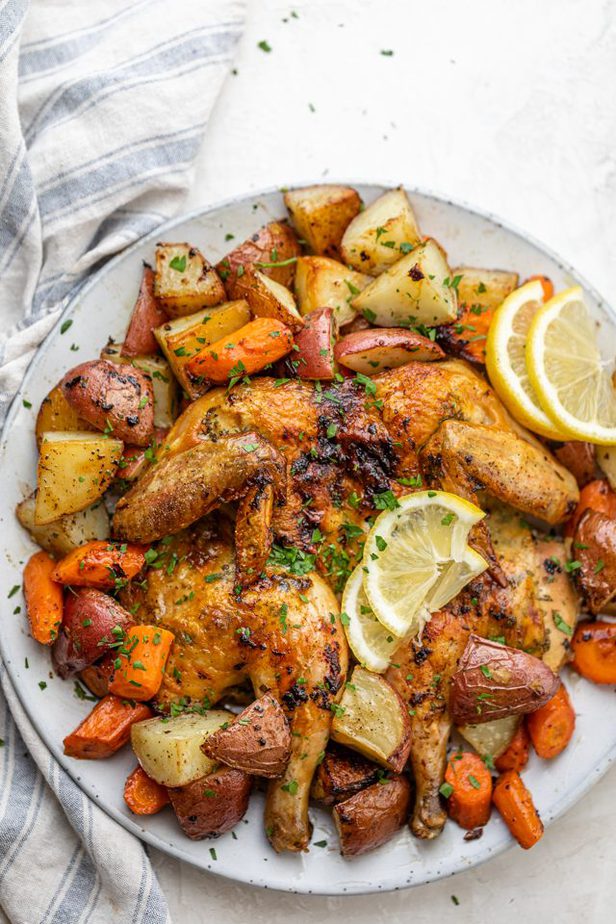 Image by Yumna via Feelgoodfoodie.net 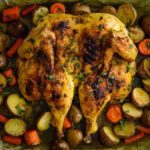 The Best way to roast a whole chicken that's perfect for a quick and easy weeknight meal, This chicken is crispy and so delicious 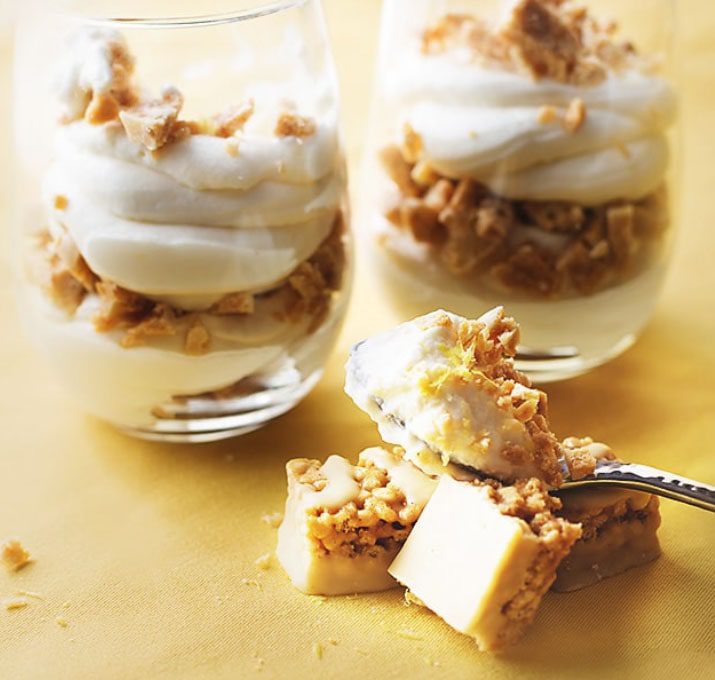 Advertisement Jump to Recipe Print Recipe Today we are going to make my Keto no-bake cheesecake... 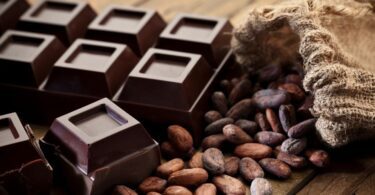