Learn how to make Peanut Butter Crunch Brownies. You’ve got brownie on the bottom, peanut butter in the middle, and a crunchy chocolate topping.

These brownies are so good.

To start you’ll want to preheat your oven to 350 degrees Fahrenheit and line an 8×8 or 9×9 square pan with parchment paper.

To do that a little bit easier, you fold mine so that the edges are square first so you can line a little bit better. sprayed your pan with a little nonstick cooking spray so the parchment paper will stick.

Then you can kind of fold it out and create a little square lining a little bit easier since you pre-folded.

You’ll be able to just kind of fold out at the corners so that you have a nice little lining. Now, of course, you don’t have to use parchment paper, you can just use the pan.

But the parchment paper makes it a ton easier to pull those brownies out when they’re done.

Next, you’ll need 3 ounces of unsweetened baking chocolate, and you’ll want to give that a rough chop to make it easier to melt.

Then we’ll transfer all of that baking chocolate to a mixing bowl. Then you’ll also need 5 tablespoons of butter.

Then we’re gonna melt it in the microwave in 30-second increments until it’s melty and smooth, which will be about a minute to a minute and a half.

Make sure you stir in between until everything is melty and smooth. Then pour in 1 cup of sugar, and use a hand mixer or a whisk to beat this together.

Then we’ll add in 2 large eggs, and about a teaspoon and a half of vanilla extract.

Then we’ll mix it in until just combined.

Once that’s just mixed in you’ll pour in 1/2 teaspoon of salt, 1/2 teaspoon of baking powder, and 3/4 cup all-purpose flour, and mix it in just until those white specks disappear.

In fact, I like to stop as it gets close and switches to a rubber spatula so you can scrape the sides and bottom of the bowl, and get everything mixed in.

And then pour it into our prepared 8×8 or 9×9 pan, and then just spread it out so the batter reaches into all the corners.

Then bake in a 350-degree oven for 20-25 minutes. Once the brownies are done, let them cool on a wire rack.

Now once they’re cooled, we’re gonna spread on 1 cup of creamy peanut butter. I suppose you could also use chunky.

Make sure you spread all the way to the edges and corners so you get a nice even layer.

Then pop your brownies into the freezer for a few minutes while you make the chocolate crunch topping.

For that you’ll need 1 12 cups of semi-sweet chocolate chips, add in 1 tablespoon of butter, and then melt this in the microwave.

For chocolate chips, I do 30 seconds to start and then work in 15-second increments, until it’s all melted and smooth.

Then we’ll fold in 1 cup of Krispy Rice cereal, and of course, the name brand on that is Rice Krispies.

Then pull your brownies out of the freezer, and spread on this crispy chocolate topping.

If you want an extra crunchy topping, you can use up to 1 1/2 cups of Rice Krispy cereal.

Then you’ll refrigerate these for about 30 minutes until set.

Once the chocolate is set on top, it should be pretty easy to remove these from the pan.

Then slice and serve. You are ready to eat. 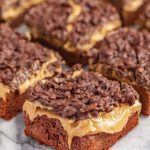 Gluten-Free Peanut Butter Crunch Brownies is a fudgy brownie, topped with a layer of peanut butter cups, and then a layer of Rice Krispies and even more chocolate.

Advertisement Jump to Recipe Print Recipe The asparagus stuffed chicken is currently one of my... 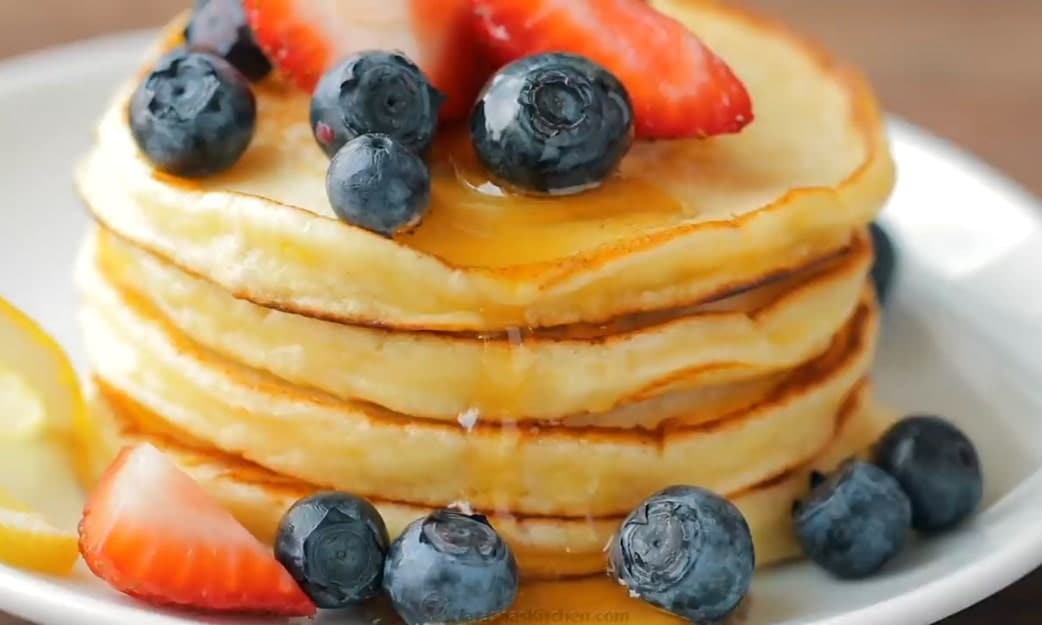 Advertisement Jump to Recipe Print Recipe Hey everybody! I’m gonna show you how to make... 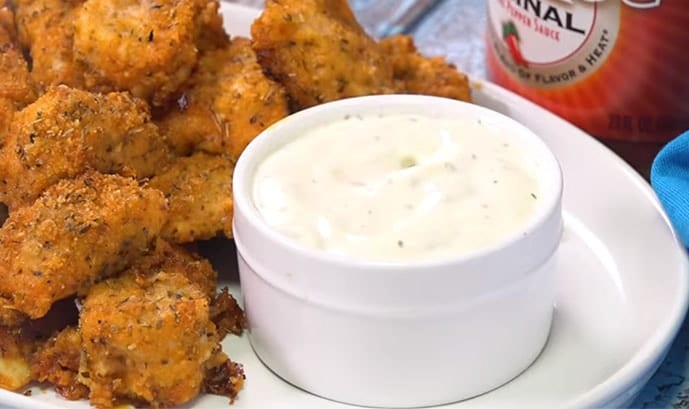 Advertisement Jump to Recipe Print Recipe Do you want to enjoy the heat of delicious buffalo...