Oat milk has really taken the world by storm over the last couple of years and surged in popularity.

And you’ve probably seen it at your local market, or a coffee shop, where it’s quickly become a barista favourite.

And it’s really no surprise, as oat milk is super creamy with just the right amount of sweetness and it’s also perfect for those who might have a nut sensitivity and who can’t drink almond milk or cashew milk.

Store-bought oat milk can get a bit pricey, but homemade oat milk is cost-effective, it’s incredibly easy to make, and it’s immediate because there’s no need for soaking.

HOW TO MAKE OAT MILK

To get started you’ll need old fashioned rolled oats. Quick-cooking oats and steel-cut oats have different textures and thickness and may affect how creamy or slimy the milk turns out, so it’s best to stick with rolled oats.

The other thing you wanna look out for is certified, gluten-free oats because packaged oats can be highly cross-contaminated with wheat.

Also make sure the ones you guys are organic, as oats are a crop that’s highly sprayed with herbicides like glyphosate.

The first tip in making sure your oat milk doesn’t turn out slimy is to use ice-cold water, and you’ll need four cups of it.

Heat can make the oats more starchy and gummy.

Just think of what happens when you make oatmeal with hot water. So use ice-cold water or even swap a cup of water for ice cubes when blending.

Add the water to your blender along with one cup of rolled oats. Now that’s all you’ll need if you want unsweetened oat milk, but if you want it a little sweeter, you can add a splash of vanilla and a tablespoon of maple syrup or honey.

The second tip I have for not making slimy oat milk is to reduce the amount of time that you blend.

The friction of the blades in a high powered blender can heat the ingredients. And again heat is not our friend, so only blend for 20 to 30 seconds.

After the oat milk has blended, you’ll wanna strain it, and I recommend a high quality, tightly woven nut milk bag.

You don’t wanna use a strainer or cheesecloth in this recipe, as the weave is too open and too much sediment will go through.

So place the nut milk bag in a large bowl and pour the oat milk through it.

The third tip I have to not make slimy oat milk is to not squeeze overly hard as you would with almond milk.

Just gently squeeze until most of the milk is out and you’re left with the oat pulp.

When you’re done straining, pour your milk into a glass jar and store it in the fridge. Oat milk stays fresh for up to a week in the fridge, which is a little bit longer than homemade nut milk.

I love oat milk in recipes for baked goods, and smoothies, and other cold drinks.

But unfortunately, it’s not the best option for hot drinks as it can thicken, and it doesn’t froth as well as store-bought options.

But remember that store bought-options have additives, oils and other ingredients.

HOW TO MAKE OAT MILK THE LEAST SLIMY

In my quest to make the least slimy oat milk possible, I kept fixating on how Oatly uses an enzymatic process to break down the oat starches into smaller components.

That then led me down oh, so man rabbit holes, of online research about enzymes, and my goal was to find a food-based enzyme that I could add to the oats in the water, in the blender, to remove any residual sliminess.

Two options with the least flavour included a banana and some honey because I don’t think you really want your oat milk tastings like kimchi or sauerkraut.

But unfortunately, the banana and the honey didn’t really have that much effect on reducing the sliminess. But there was one thing I added that did have quite a dramatic effect.

That ingredient was digestive enzymes.

I’ll also add a quick disclaimer that I’m not a doctor or a scientist or endorsing any brand of enzymes.

These are just the ones that I personally use, and I thought it would be fun to experiment in the kitchen and see the impact of enzymes on the oat milk.

Digestive enzymes are typically broad spectrum, but the enzyme I was most interested in was amylase, as amylase breaks down starches into sugars.

added one cup of rolled oats to a bowl and enough water to cover them by about an inch or two.

Then added two capsules of enzymes, opened them up and poured them into the bowl.

Then gave everything a stir and let it sit for 15 minutes so that the enzymes had time to do their thing and break down the starches.

After 15 minutes, gave them one more stir and then strained the oats through a sieve over the sink and gave them a good rinse to remove any residual starch.

add those to a blender, along with four cups of ice-cold water.

Then add a splash of vanilla extract and one tablespoon of maple syrup, and blend again for 20 to 30 seconds.

After it’s blended, strain the oat milk through a nut milk bag.

Then pour the oat milk into a glass storage container. 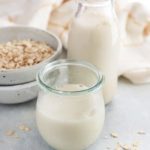 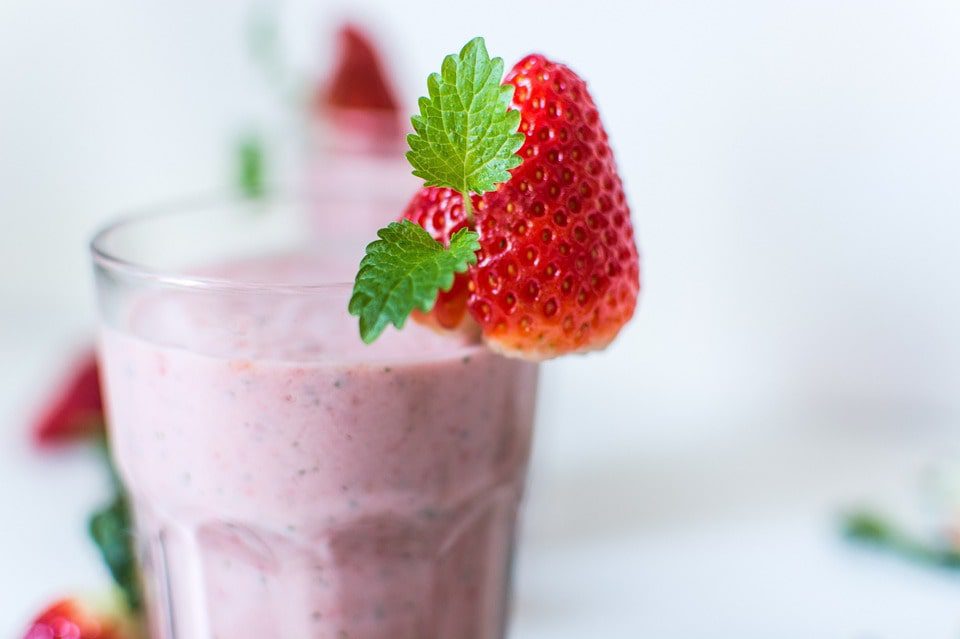 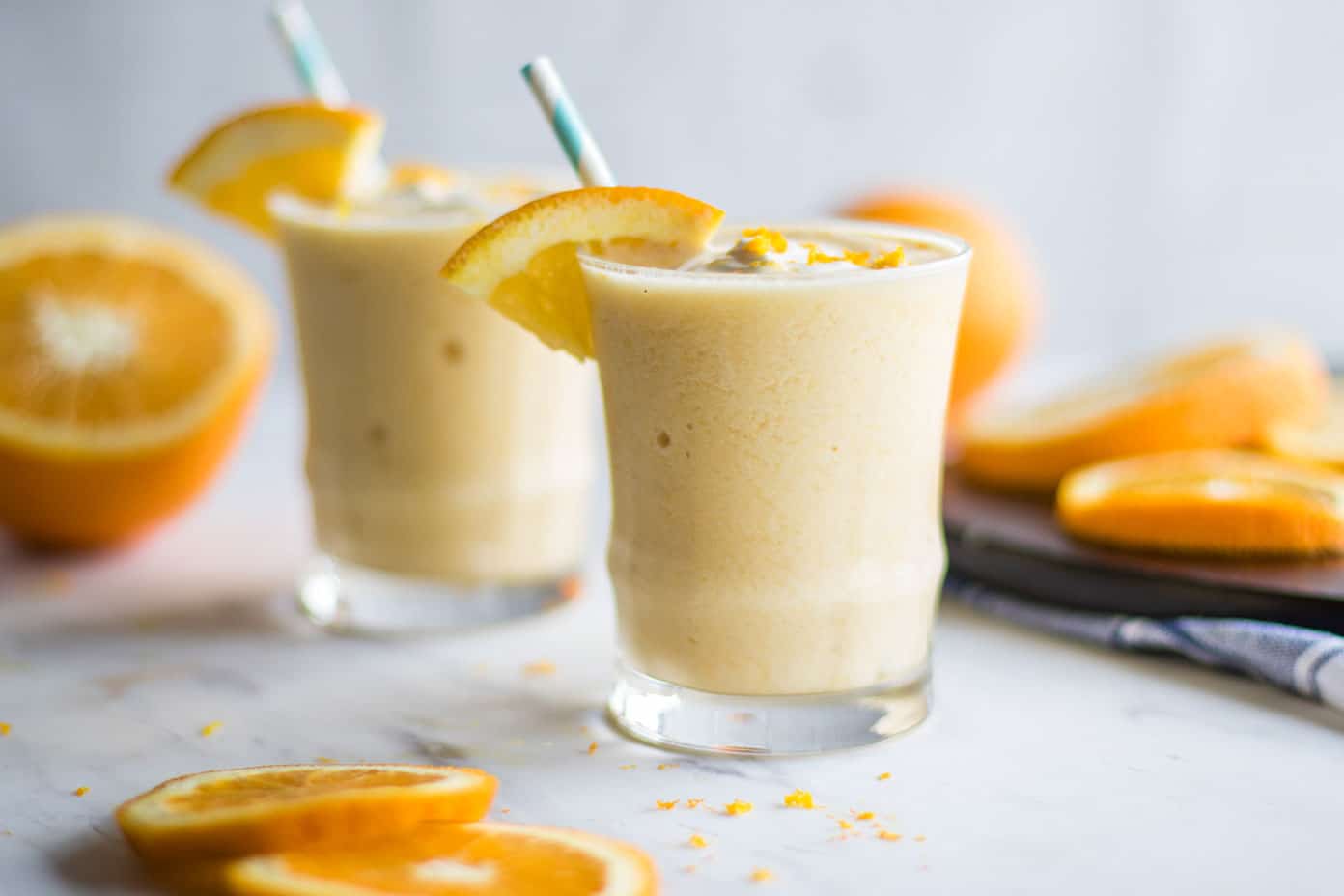 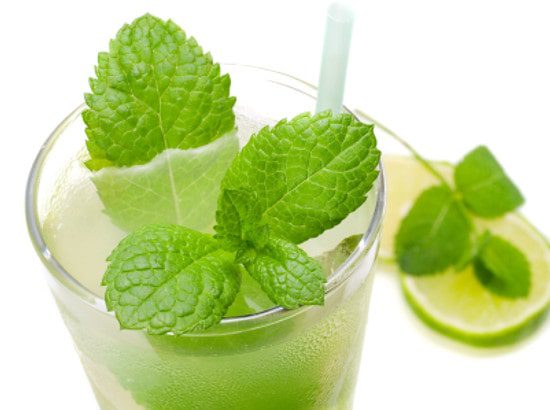